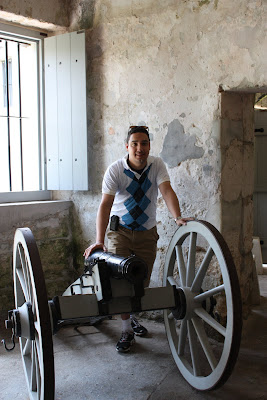 Today was one of those "historic sightseeing days" therefore this should be Tamara's day to blog but she's relaxing so, yet again, I will be called on to try and culture myself up. I'll be honest, many of these things I'd be fine driving by and then reading about on Wikipedia afterwards. I do admit, they are interesting things to see first hand and, after all, our trip is to see all the interesting sights as we travel, so here's my best shot. 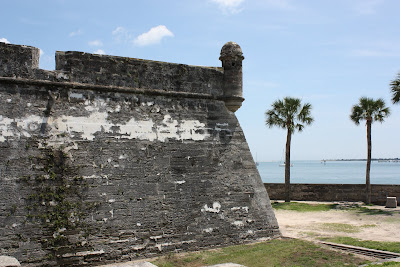 After lunch, we continued our self directed tour. We saw many historic architectural sights - too many to mention. One interesting place was this schoolhouse below which is the oldest wooden schoolhouse in America, dating back to before 1716. 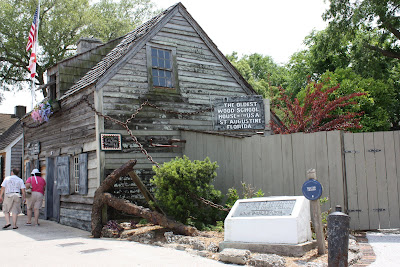 And finally, what historic sightseeing outing would be complete without at least passing by one of those wacky wax museums. 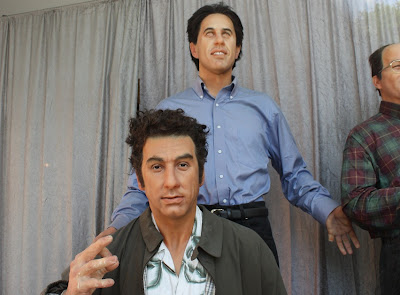 For dinner we went to a French restaurant which was decorated with a Moroccan. We opted for the "chef's choice" menu. As we are finding here in the south, when we say "we do not eat pork" we need to really make sure that this is understood.

So far we have gotten:

- When you say you don't eat pork, does that include ham?

and my personal favorite:

We hit the road again tomorrow and will be varying our itinary again a bit. Due to rather underwhelming reviews from friends and others on Tallahassee we are only stopping there for lunch and will be heading for Panama City for more of a beach destination instead.

Hope everyone back home is doing well.