We're on the road again. Dave wants to specifically say that he has never experienced such poor drivers as the drivers of Boston, MA. Having driven with the aggressiveness of Montreal drivers and the unpredictibility of Ottawa drivers, Boston drivers manage to combine both traits together.

Okay, so with that rant out of the way, what have we done today. We did a bit of shopping in MA on the way out and a bit more in Providence, Rhode Island.

As we drove through Rhode Island and Connecticut, we noticed that there were quite a few Tim Hortons along the way. 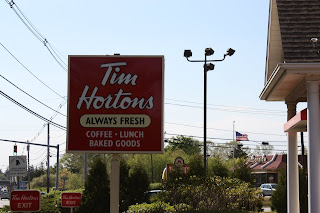 So after battling traffic in the Big Apple, we arrived at our hotel. We're only here for one night and we plan to leave bright and early tomorrow as both Dave and I have visited NYC before.

Too bad too; our room has such a spectacular view... 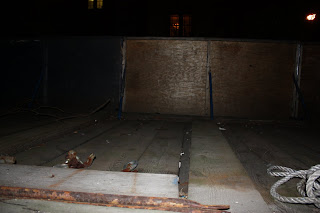 The one thing we got to do was explore for a place to eat. Thanks to the wonders of the iPhone we were able to randomly choose a restaurant near us. Here's what it chose: 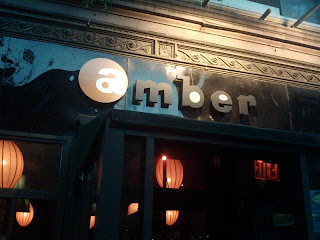 And with that irony, we both are off to an early night's sleep.